Lessons for Learning, from Lego (Movie)

This year, I'm using "The Lego Movie" as a theme in my classroom.

Sure I have a couple little posters I made that I think are pretty fun, but there are also profound messages that I hope will motivate and inspire my students.

Check out this page from my class website, where I have embedded some of the more poigniant clips.

Here is a Presentation that will walk you through what Class Dojo is, and what you can do with it.

This video does a great job explaining how Class Dojo can help you emphasize positive behaviors in your class.

Parents love Class Dojo, too! Watch this video to see how CDJ can help you communicate with parents.
- August 12, 2015 No comments: 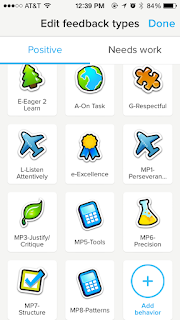 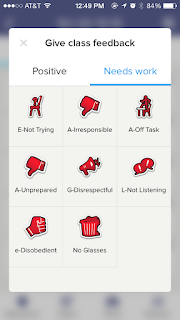 As we go back to school, many teachers are setting up our Class Dojo rosters and behaviors.
A few weeks ago, I was sharing with someone how I used Class Dojo at home this summer.

Every teacher who is also a parent doesn't "really" get summers off.
As I have found myself saying a lot in the last couple years, "Parenting Ain't for Wimps!" 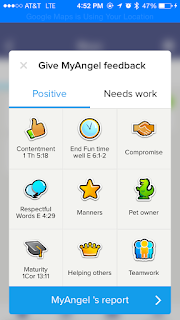 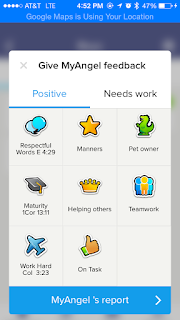 "Contentment" allowed us to compliment them when they could have whined, but didn't.
"End Fun Time Well" is when they had to turn off the TV, Wii, iPad, etc. This one always takes work!
"Compromise" is when they want something, but we can't do exactly what they want, but are able to move from our original position...and they accept that.
"Respectful Words" is exactly that. Sometimes, we were just blown away at how polite, kind, etc. they spoke. This gave us a way to celebrate that.
"Pet owner" was important when trying to help our boys participate in, rather than undermine, ways that we were trying to train our dog. Or, when they put forth some extra effort taking care of the dog.
"Maturity" is always a battle, right? This allowed us to affirm it when we saw it.

I assume the rest are pretty obvious.

After a few weeks of using it, a spontaneous conversation about these behaviors produced some Bible references that connect directly to some of the behaviors. We didn't over-do it with the verses. It was just a neat connection that just happened one day.
- August 11, 2015 No comments: