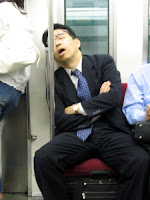 Just in case there is any confusion...

I am NOT this Edward Warkentin, the Canadian Lawyer. I was certainly not born on November 1, 1949 in Niagara Falls, Ontario. He might or might not be the same as this Edward Warkentin.
I'm much younger than that. It sure feels good to talk about how young I am, since I've been having to talk about how old I am, with regard to vision, hearing, running endurance, and such. However, being younger than a 70-year-old isn't saying a lot, I suppose.

I'm also much younger than this Edward Warkentin, who is, in fact, dead!

I AM one of these Edward Warkentins on Linked In, though. This one, in fact.

I AM one of these Edward Warkentins on peoplefinders, as well. But no one calls me "Eba"!

If this post seems a little weird...or a lot weird...contact me directly, and I'd be glad to tell you why. It's kind of interesting.

Well, this blog has been dormant for quite a while. God has been doing some very important work in my life. It's time to re-enter the blogosphere, and reflect on life, share my insights and wisdom a bit more publicly.

Here's the nugget of the day:

Student type #1: Students that are forced to be there and don't want to be.
Many K-12 students.

Student type #2: Students that are forced to be there, but enjoy it, want to be there, and take it seriously.
In K-12, these are rare, but not "extinct".

Student type #3: Students that want to be there (learn).

These are the ones that all teachers love to have.
Teaching Adult School is almost exclusively #3.

I spent 24 years teaching K-12. Now, I teach in Alternative Education in Dinuba Unified School District. This means I work at Sierra Vista Continuation High School, Ronald Reagan Independent Study, and Dinuba Adult School. (I like to say that I get to do my favorite things at each of the three schools. More on that in another post.)

The Adult School part of my job is distinct and fulfilling because they always want to be there. The students have personal goals and are ready to maturely pursue them. This makes teaching them a joy.

I'm content where God has placed me. I'm taking opportunities like this to do what my Grandma's favorite verses, Philippians 4:8, and 1 Thessalonians 5:18, advises us - think about good things...things to be thankful for.

Email ThisBlogThis!Share to TwitterShare to FacebookShare to Pinterest
Labels: Classroom

1. Stay on the app they've been given permission to use, or
2. Stop using the iPad after the agreed-upon time.

I know this scenario well. At my house, it is difficult to get my boys to stop playing Minecraft, or some other game, and give the iPad back when our kitchen timer goes off.

There is a solution! And it's part of the iPad's operating system already ... no new app to buy!

There are many customization options, but here's the way I use it:

1. Go to the app I want to allow my son to use.
2. Triple-click the home button.
3. Hand it over, knowing that it is impossible to use any other app without my passcode.
4. When the amount of time I have chosen expires, my passcode is necessary to do anything.

To use this the first time, I had to go to


Sometimes, it doesn't matter to us whether there's a time limit. Just knowing that they aren't getting into anything they haven't been given permission to use is very helpful.
Most of the time, though, a time limit is the main issue.

I hope this is helpful to you


FYI: The URL for this blog (edwardwarkentin.com) used to be https://ededtech.blogspot.com/